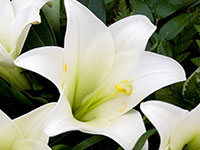 Light a Candle
Originally printed on January 19, 2012 in the Shropshire Star.
Viewed by 2375 Visitors.

Mr Falcon-Steward will be received into St Michael's RC Church, Penn, on Monday, January 30, at 5.30pm.

The Funeral Mass will take place on Tuesday, January 31, at 10am, followed by Interment at Danescourt Cemetery.

A retired Schoolmaster, fondly remembered by Brother Robin and all his Family and Friends and Wolverhampton Fencing Club.

19 January 2012
Please accept our condolences at this difficult time.