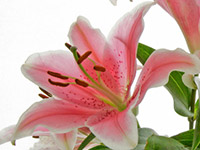 Light a Candle
Originally printed on February 25, 2021 in the Eastern Daily Press.
Viewed by 252 Visitors.

HUGHES ALAN Aged 78 (formerly of North Walsham) passed away on Saturday, February 20th at the James Paget University Hospital after a short illness. He leaves daughters Angela, Sandra, Jane and 9 Grandchildren. The funeral will take place at Botolph’s Church in Westwick on Wednesday, March 10th.