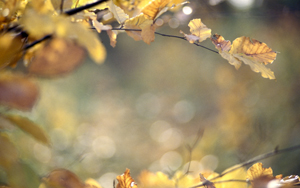 What is a Medical Certificate?

This is issued by a doctor, or two doctors if the body is to be cremated. It records the cause of death, and is given to you in a sealed envelope. The doctor will show the certificate to you and explain any unfamiliar terms.

What is a Certificate of Registration of Death?

This is issued by the Registrar. You need to complete this if the person who has died was receiving benefits, and send it to your local Benefits Agency.

What is a burial or cremation certificate?

This is issued by the Registrar, and is permission for the body to be buried or to apply for a cremation. The certificate is known as a Green Form in England, Form 14 in Scotland, and GR021 in Northern Ireland.

What is a Death Certificate?

It’s a certified copy of the information the Registrar enters into the death register. You need this to sort out the affairs of the person who has died and their estate, and for the will.

How much does a Death Certificate cost?

It varies, according to the local authority where you register the death. It’s generally between £4 and £7.

How many copies of each certificate will I receive?

One. Some people pay for several copies to help them sort out the affairs of the person who has died. It’s more expensive to buy copies later and it takes time for them to arrive. Remember, photocopies aren’t accepted by most official organisations and banks.

What if there was a post-mortem or an inquest?

If the death was referred to the coroner and found to be due to natural causes, the coroner will issue a form 100/B, which you’ll need to register the death. If there’s an inquest, you can ask the coroner for an ‘interim certificate of the fact of death’ so that you can sort out benefits and finances. After the inquest, the coroner sends the Registrar a Certificate after Inquest, and the death can then be registered.

Can I register the death online?

Yes, if your local authority offers the Tell Us Once service.

What does a funeral cost?

Is cremation less expensive than burial?

In general, yes. But don’t assume that it is. Ask your Funeral Director for a detailed breakdown of costs.

Can I get help to pay for the funeral?

Yes, you can apply for a Funeral Payment if you’re on a low income and receiving some benefits. This payment will meet up to £700 of the cost of a simple funeral. The money will have to be repaid later from the estate of the person who has died.

Do I have to appoint a Funeral Director?

No. You can organise the funeral yourself. You can also appoint a Funeral Director who is willing to help with some of the arrangements.

How do I organise a humanist or green funeral?

There are several non-profit organisations that can help, including the British Humanist Association and the Natural Death Centre.